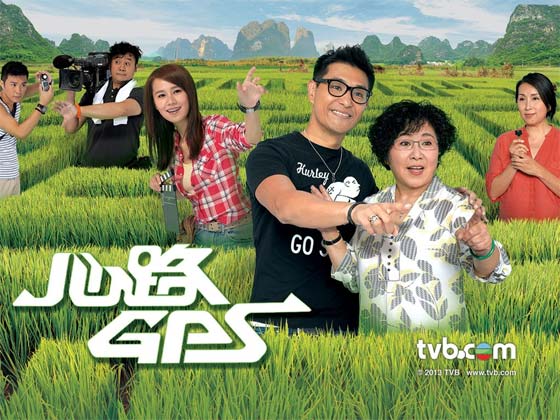 Summer Ha is scheduled to film a reality tv show about a young Hong Kong school boy's adventures in a village in China. Summer is known to be meticulous and his PA's come and go very quickly. In his haste, he tires newcomer May Hui as his new PA. During the filming of the reality tv show, the crew managed to witness the transformation of a stubborn and arrogant youth in to a responsible and caring young adult.

The changes in the young boy's life is mirrored in the lives of the tv crew - the relationship between Summer and his biological mother, Siu Lan and his foster mother, Chui Wan; also in May's life who struggles to prove to her father that she is just as capable as her two older brothers; and finally the complicated and intricate handling of Chung Shun's family crisis.

There were 4 major story arcs in the show:
Chui Wan becomes a gambling adict after the sudden death of her husband.
She doesn't know how to live on her own after devoting her entire lifetime to this one man. He was the core of her universe and just suddenly one day, everything went crumbling down. Both her children (Rachael Kan and Owen Cheung) and their other halves refused to help her and were only interested in the money that she could give them. After she gambles everything away, they knew that she has no more money left and asks her to add their names to the house, pretending that they would help with the mortage. The children were afraid that she would pass the house to Summer eventually since he was more filial to her that they were.

Summer - Chui Wan - Siu Han
Summer was abandoned by his biological mother when he was a child. At eight years old, he went to live with Chui Wan and she became his foster mother. He is indebted to her because it was her who taught him the true meaning of family. She took care of him as a mother would, gave him advise, scolded him when he was naughty and nagged at him for not settling down. She was, to him, the perfect mother. Chui Wan tries her best to bring Siu Han back into Summer's life, but Summer was very stubborn and refused. He claimed that Siu Lan has no business coming back into his life again after all she was the one who abandoned him. He has only one mother now.

Chung Shun's family crisis
Chung Shun is a family man. He lives in a government flat with his aged parents, his wife and daughter. Typical story here -  daughter-in-law and parents-in-law don't get along and the poor husband is stuck in the middle. They mostly agrued over petty issues - the grandma cooks really salty dishes, the grandpa (who is bordering deaf) constantly mishears things spoken by the DIL. As though this family in crisis does not have enough on their plate, bring in the gossipy neighbours and you have fll blown drama.

May and her chauvinist father
May ran away from her home in Canada to HK to prove to her father that she can be successful on her own. Her father is the typical male chauvinist. He thinks that women are just suppose to find a good husband and getmarried and settle down. Unfortunately, May does not share his opinion. And to escape an arranged marriage, she packed her bags and came to HK. And she met Summer. he hired her to be his PA.

Chui Wan sold off her house and spilts the money between her two useless children and gave some to Summer. She then pack her bags and went to live with Siu Lan. Karma bites back at her two children, with the daughter's husband losing at the stock market and she has to bear all the debts and the son's girlfriend dumping him for another man. Summer eventually took the money that Chui Wan gave him to repay the debts for Chui Wan's daughter.

May managed to help Summer see that Siu Han is a changed person. She does a lot of charity sincerely and hopes to be able to atone for her past mistakes. When Siu Han tries to stop Chui Wan from committing suicide, she slipped and fell into the sea. Summer managed to pull Siu Han out from the sea and the mother and son make amends.

Chung Shun moves out from their family flat and rent a place with his wife and daughter as his wife wished. But they were not happy living on their own. The husband and wife were both too busy with work that their house is constantly in a mess. They argued more and more and even the daughter misses living with the grandparents. Eventually, they move back to the family home and all is well.

May managed to make her father see that she loves what she does. He finally acknowledges that his daughter is capable and realises that she loves him dearly.

I would say this series is not bad, there are good moments. Lee Sze Kei was brilliant in her gambling addict role, Ruco Chan was alright. The character is pretty ordinary, not many chances to shine. Watchable if you have time.

Note: The list above is incomplete and is subject to change. Last Update on Dec 20, 2012. Credits: Wikipedia, Dramawiki, Various TVB Blogs, AsianEU, AsianFanatics

Posted by admin at 12:30 PM 0 comments
More about: All Series
Email ThisBlogThis!Share to TwitterShare to FacebookShare to Pinterest

* Overseas screening only. Warehoused in HK.

Posted by admin at 12:20 PM 0 comments
More about: All Series
Email ThisBlogThis!Share to TwitterShare to FacebookShare to Pinterest

Here are the results for TVB Anniversary Awards 2012

I was hoping for Power Chan to win Best Supporting Actor, I think his "Pang Sam Shun" role is more challenging and shows more acting skills compared to Koo Ming Wah's "So Kei". I enjoyed watching Sam Shun's transformation from a much hated person to someone adored by many.
I was also very, very surprised by When Heaven Burns's win. After all the concept and genre is so niche and does not have mass appeal. Coupled with that the ratings were not high either.

Posted by - nich - at 11:34 AM 0 comments
More about: TVB, TVB Anniversary 2012
Email ThisBlogThis!Share to TwitterShare to FacebookShare to Pinterest

I'm not sure how many of you still visit this blogsite but I do appreciate your visits. I know I have been neglecting this hobby of mine, and I just realised that my last post was almost one whole year ago.

Please allow me apologise. I may not have as much time as I used to but I promise that I will try my best to post more often.

While I couldn't find time to properly blog, I am happy to share that I have been diligently watching almost all TVB series for 2012.

Now that it is almost anniversary time again, the shows are better and more interesting although I must say some do disappoint.

I will try to post more short reviews either weekly recaps or series reviews but I definitely cannot promise the daily news updates.

There are many other blogsites and forums who have great translators and dedicated members who are already doing a fabulous job. So I do encourage you to visit those sites.

Once again, thank you for visiting and I will try my best to keep this blogsite afloat as I really do not wish to shut it down. That would probably be my last resort.